“Remember having asked me about possible reasons for not doing this anymore?” he says suddenly, unexpectedly. “This would be one. But we can avoid that in the future.”

He is right, of course: while we have started our paddling tour in Denmark before the school holidays begin, we should still have expected larger campsites to attract youngsters of a certain kind at any time. Certain kind means being able to tow unbelievable quantities of beer crates to the campsite and at the same time unable to get very far by paddling on the river, which is where the cars come in, at some later point.

And did I mention the Soccer World Cup was to start soon?

Anyway, we did not get much sleep in our tent that night, but I chose not to grow the huge bags under my eyes without a fight. I shared my personal opinion about the partying youngsters with my restless husband and didn’t spare him any details: I was quite sure the Danes understood enough German to know what my problem was. They did. And were soon making fun of my “Scheiße!”. Which was when the i-word was used. But before things got any worse, the idiots stopped singing, yelling and talking and went to sleep, leaving us to try to do the same.

At that point, we had done quite some paddling and really needed some rest, and I would have preferred to end the day by going through the lovely pictures of the magnificent Gudenå in my head, but river fans cannot be choosers, so.

Our tour had started in Skanderborg, a day later than planned because the wind was trying so hard to blow away the gravity of the water, as it often does. What else to do but to go shopping instead: Aarhus offered its facilities and we said thank you, though we almost ended up buying nothing. That is: I bought 2 outdoor jackets for next to nothing and left them in the car for the rest of the paddling tour, because I wasn’t concentrating properly.

The next day we could finally cross the peaceful lake Mossø – it had apparently lost all the will to try to kill us that was on such a magnificent display the day before. I felt victorious, for no reason at all, and we entered the Gudenå system.

In this system of lakes, connected by the river Gudenå we spent another five days, which were even better than we had expected them to be, though our last long ride was full of rain, cold clouds, damp cows on moisty pastures and – singing, yelling and talking Danish youngsters at our destination. They had moved to our last campsite by cars and joined another group or two. That evening, Denmark won the soccer match against Peru. And we slept like two logs.

“We shall return,” he says a few days after the tour. “We will pack some ear plugs and avoid the high season and campsites in bigger places, but we will return. The river is magnificent.” 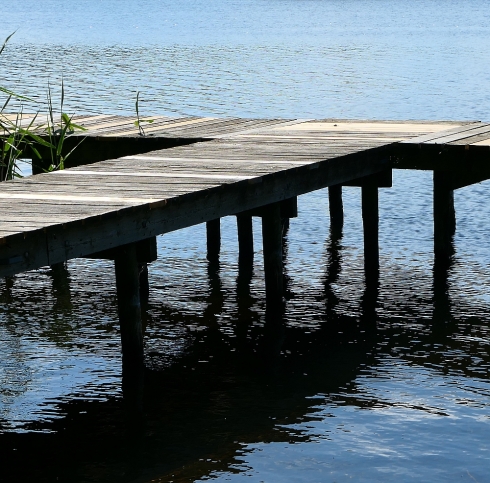 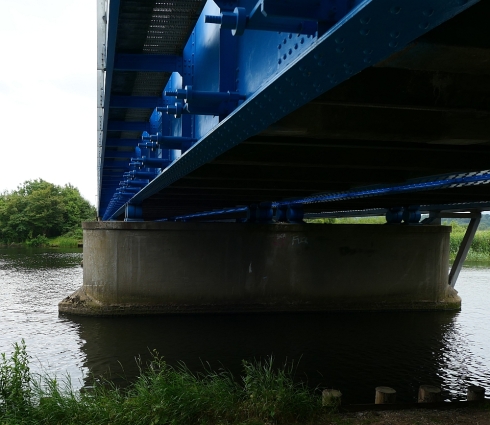 I have done it.

So I went to my client’s event and loved it. Every minute of it.

But the way there …

It all started at home, of course.

My two-weeks-ago-carefully-put-together outfit fell out due to one fact I had ignored when doing the sartorial maths. Luckily, I conjured the next outfit on the spot, as you would, and I still had enough time to check it out. Unluckily, the second outfit wasn’t good enough, either. I did tell you I had nothing to wear?!?!

Like in a fairy tale, it was the third outfit, born out of necessity (aka 5 minutes to go) that was good enough and made me feel well, so off I went.

Only to find myself in an old train half an hour later, wondering whether the 3 guys next to me were going to drink all that beer and what the strap of my brand new bag was doing down there. They didn’t, they were rather nice while sipping their beer, and the strap had gotten somehow detached from the bag – without my help.That something like this should happen!

So now what? What now so? Now what so?

Ahhh, my brain cell went, you have some safety pins in your kaputted bag – use them. So I did. The bag lasted till I made the first few steps in the small town I had been headed to.

Do you know Karstadt? It’s one of those warehouses that are going to be abolished because we all shop cheap things online these days (like bags). Anyway, there was a Karstadt near the venue I was headed for and they sold me a most lovely bag within minutes, made all the sympathetic noises while I told them about my stupid old bag, didn’t wince when I used their surfaces to empty the old bag and fill the new one and wished me a nice evening.

I threw away the old bag, what else and had myself a nice evening.

What have I done?

For a reason I cannot put my finger on, I said Yes. Yes, I can.

Attend a Christmas party of a client’s. Next month.

The thing is, I am very happy in my moosing cave and don’t really want to leave it for other people. On the other hand, I really want to get to know the people I am in daily e-mail contact with. It cannot hurt.

So before an endless inner war broke out, I said yes.

Now I have nothing to wear.

And what am I going to talk about – work?

And what about my hair?

And how do I get there?

How do I get home? 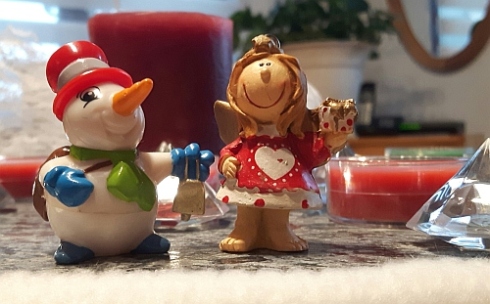 Comments Off on Predpraznično losovanje | posted in A BIT LONG IN THE TOOTH, AMOOSING, VIGNETTE, VILLAGER'S LIFE

… first thing in the morning, no less.

The Power of … Brot.